Solar is the source of energy that is growing at the highest pace in the EU. In past year, the EU solar market grew by 18 GW and 5.2% of the EU's total electricity production came from solar energy.
Despite being among the countries with the least sunshine hours, Germany is one of the largest solar power producers in the world. 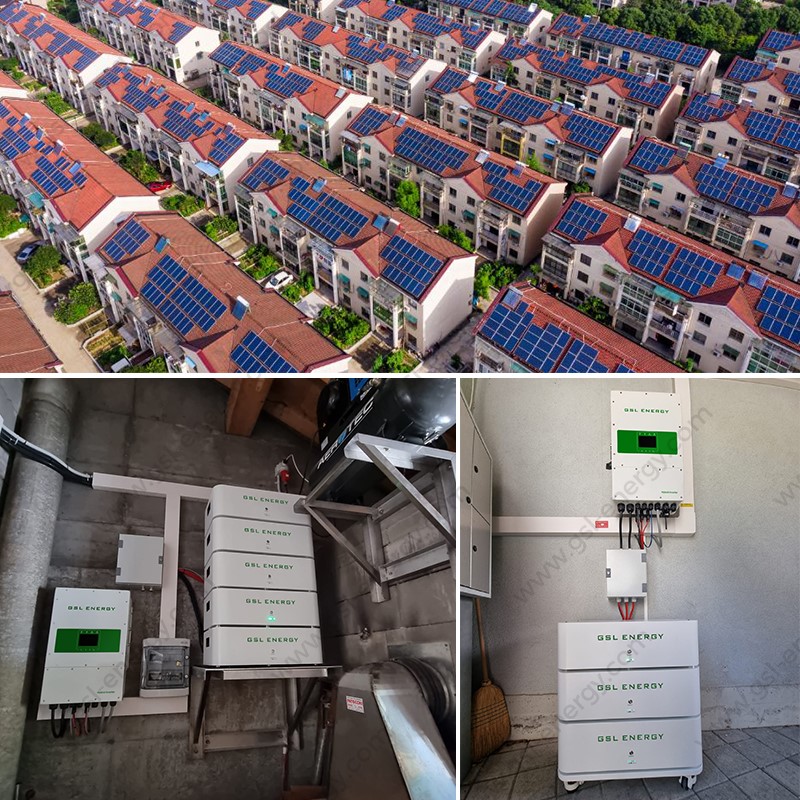 GSL focus on Grade A cell powered battery pack manufacturing, all of its batteries meet standard of German market and other Europe countries.
That's why in 2022, there are so many German distributors and Installers are so interested in GSL lithium batteries and hybrid solar inverters. Among all GSL batteries, the 10kwh Power Brick LiFePO4 battery is one of the best-selling products.
Below installation pictures are from one of GSL partners in Germany. The first one is a solar power system reaching 30kwh storage power by stacking up 3 units of GSL 10Kwh Power Bricks lithium ion batteries one by one. These batteries are connected with GSL Three Phase 10kw Hybrid Solar Inverter. The process of the system installation is very efficient and professional with a combiner box used for three batteries in parallel connection.
The other project is a solar storage system with 5 units of 5kwh GSL Power Brick lithium batteries stacking together, which reaches 25Kwh storage power in total. The solar inverter is a GSL single phase 8Kw hybrid on/off grid inverter. The holder was specially customized by users. It can help brick model batteries to be installed on the wall. What a brilliant idea!
We can see the popularity of GSL Power Brick lithium battery in Europe and US market. It's a good choice for solar installers to match the demands of end users who do not have much wall space in their houses. The fashionable stacking design makes the solar power storage system more flexible.
source: GSL Energy
Profili di ENF per aziende sudette in questo articolo